This is a stub article. Anonymous users are redirected automatically to https://www2.gmu.edu/news/583121

Mason has moved to virtual instruction. Find out what you need to know to be prepared. Visit Mason's Coronavirus Information page. 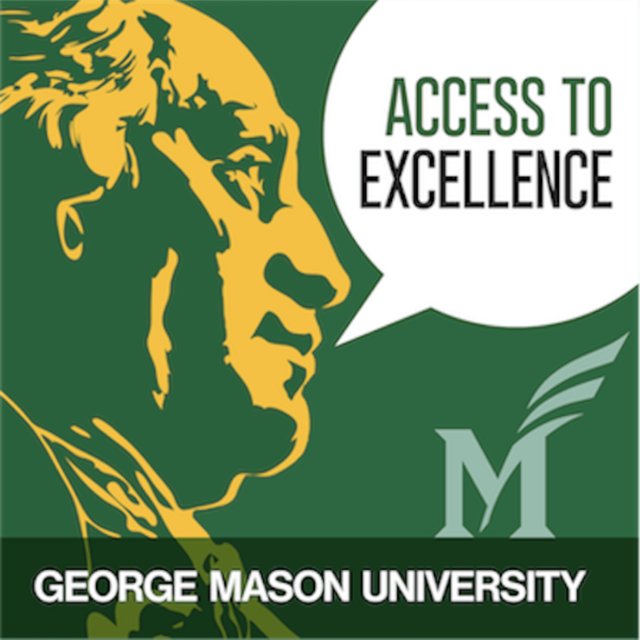 How about learning of the detective work that went into a Mason professor and her PhD student’s discovery of three galaxies, each with supermassive black holes at their centers, that are on a collision course?

Those are the first two episodes of Mason’s new “Access to Excellence” podcast available on Apple Podcasts, iHeartRadio, Stitcher, Spotify, TuneIn, and Podbean.

School of Integrative Studies professor Wendi Manuel-Scott and Mason library historian George Oberle lead you through the intense student research that led to the idea for a memorial that is scheduled to be unveiled on Mason’s Fairfax Campus in July 2021.

Mason astrophysicist Shobita Satyapal and PhD student Ryan Ffeifle talk about why a specific type of telescope was key to their research.

In future episodes, we’ll hear from Craig Esherick, a former player and coach at Georgetown University turned Mason associate professor, about why March Madness has become ingrained in the American sports psyche, as well as his recollections of Mason’s magical run to the Final Four in 2006.

University Professor Thomas Lovejoy, the godfather of biodiversity, will talk about his adventures in Brazil and his new research that received worldwide attention about why the Amazon is fighting for its existence. Ever hand-feed a cheetah? He has, and he’ll tell you about it

And assistant professor of English Heidi Lawrence will explain her research into the role rhetoric plays in the vaccination debate.

And that’s just the start.

If you have suggestions for future podcasts, contact Damian Cristodero, director of communications projects and multimedia, at dcristod@gmu.edu.