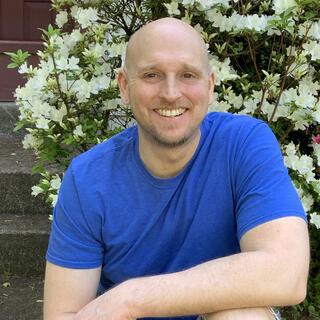 Sean Lawton serves as a Professor in the Department of Mathematical Sciences at George Mason University where he is the founder of the Mason Experimental Geometry Lab — an experimental research lab in mathematics.

Sean and his team of undergraduate and graduate students not only conduct experimental research and visualization projects, but are also involved in hands-on outreach activities about mathematics to K-12 schools in the George Mason University area.

Symmetry appears throughout nature, and natural phenomena are often explained via symmetry.  Symmetry is encoded mathematically with the notion of a "group".  Groups are difficult to classify and distinguish from each other.  Each group admits many avatars called "representations".  This collection of representations of a group is called a "character variety".  Character varieties themselves have a shape and so have symmetries.  One of my current research projects concerns organizing and classifying groups by the shape (topology) of their character varieties.   Another current research project concerns understanding the symmetries of character varieties through dynamical systems

Courses Taught: Geometry, Topology, and Algebra courses at the undergraduate and graduate level.