Maria Emelianenko named Chair of the Department of Mathematical Sciences 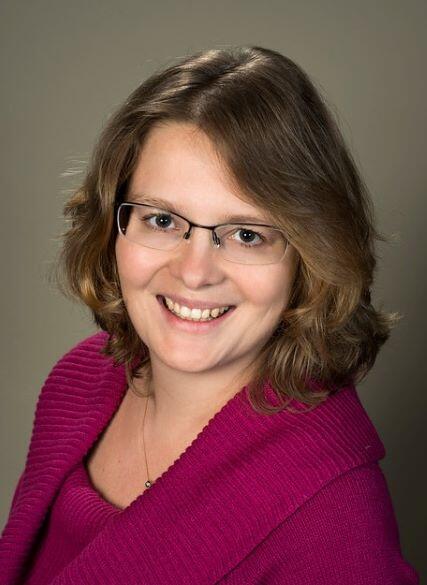 An interdisciplinary mathematician who joined Mason’s science faculty in 2007, she has had visiting research appointments at the Institute for Pure and Applied Mathematics at UCLA as well as Park City Mathematics Institute. She held multiple leadership positions in the scientific community, including Secretary and Vice Chair of the SIAM Activity Group on Mathematical Aspects of Materials Science and a SIAM representative in the US National Committee on Theoretical and Applied Mechanics (USNCTAM).

Emelianenko’s research explores the interface between mathematics and other areas of science and engineering, such as materials science, chemistry, and biology. She made significant contributions to the development of predictive models and simulations for smart materials design and to the acceleration of clustering and model reduction algorithms.

Emelianenko's work has been supported by a number of National Science Foundation (NSF) grants, including the 2011 NSF CAREER award. She is a recipient of the 2014 PSU Graduate School Alumni Society Early Career award, 2013 Mason Emerging Researcher/Scholar/Creator award, 2009 ORAU Ralph E. Powe Junior Faculty Enhancement Award and 2008 MAA Project NExT Fellowship. She has co-directed the first Mason NSF-funded REU SITE and served as a PI on the $600,000 NSF QED-EXTREEMS undergraduate research program award.

“Maria is ideally qualified for the chair role and will encourage the department's upward trajectory. The department is in very good hands.” said outgoing Mathematical Sciences chair, David Walnut.

As the IIP director and the PI on the corresponding $450,000 Mason Provost PhD award, she spearheads departmental efforts to establish interdisciplinary collaborations with partnering institutions within and outside of the academia. She also serves as an Associate Director of the Quantum Science and Engineering Center, actively participating in Mason-wide efforts related to quantum computing and multiscale materials modeling.

"I'm committed to continuing efforts that promote innovative mathematics research and teaching activities,” said Emelianenko. “I look forward to working with our faculty to enhance the Department’s visibility on both national and international scale, and expand the list of mutually beneficial relationships with academic, industry and national labs partners," Emelianenko further explained.

Emelianenko succeeds David Walnut who chaired Mason’s Department of Mathematical Sciences for the past eight years, (two four-year terms). Under Walnut’s leadership, the department brought on seven tenure-track faculty with diverse areas of expertise, while also promoting six members of the faculty to Associate Professor with tenure and five to full Professor. The department’s recently formed Center for Mathematics and Artificial Intelligence and the Mason Experimental Geometry Lab, have successfully established a strong foundation of community and global outreach and research collaborations.

Walnut came to Mason in 1990.  His research interests include Harmonic Analytics as well as Wavelet Theory, with his most recent publication focused on the sampling and reconstruction of operators. In addition to his more than 40 published journal articles, chapters books, and books, he has also served as a guest lecturer at several universities around the world.