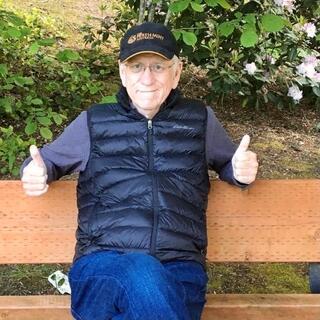 The faculty and staff of the Computational Social Science program at George Mason University remember Dr. Kim Bloomquist, whose untimely passing left his former associates at Mason saddened even as it prompted fond memories of his time with them. Kim came to Mason with substantial academic credentials, including a Master of Urban Planning from the University of Illinois, Urbana (1985); a Master of Science in Economic Geography from the University of Illinois, Urbana (1982); and a Bachelor of Arts in Economics from the University of Michigan, Ann Arbor (1976). Many academics would have been content with that stellar collection, but Kim was determined to go still farther, and some years later he did, entering George Mason University in Fairfax to work toward a doctoral degree.

He began his doctoral program when he was somewhat older than many of his cohorts and completed his work as a part-time student while working a full-time job, demonstrating his outstanding abilities as a student and the degree of his dedication to meeting his goal. Upon completion of his academic coursework and his doctoral dissertation, “Agent-based Simulation of Tax Reporting Compliance,” Kim Michael Bloomquist was awarded a PhD in Computational Social Science in 2012.

Dr. Robert Axtell, one of Kim’s instructors and director of his dissertation committee, remembers Kim as a groundbreaker and consummate professional.  “Kim Bloomquist was the first part-time Ph.D. student I worked with at Mason, and one of the first recipients of a Ph.D. in Computational Social Science (CSS) in the world,” said Axtell. “Even before he officially started our graduate program he was a student in my Agent-Based Modeling course, where his vast knowledge of the U.S. tax code was already clearly on display in a term project related to taxation. He would go on to write a dissertation involving a test bed for all kinds of tax compliance research,” Axtell continued. “Kim represented the absolute best of what a part-time student can contribute to the University’s Ph.D. programs.”

Dr. Claudio Cioffi-Revilla, professor emeritus, was also on Kim’s dissertation committee. “Kim Bloomquist was an extraordinary doctoral graduate from the first generation of PhDs in Computational Social Science in our graduate program, which was the first in our country and in the world,” Cioffi-Revilla stated. “Kim had a rare appreciation for the fine points of science as well as the urgent necessities of policy analysis. He was a government scientist of the first class and a role model to his peers, in both government and academia. My family and I were blessed to have been with Kim and his wife Sharon in Seattle, just months prior to his passing. I shall never forget his noble and kind smile and eye wink! May his memory continue to inspire us all and the current generation.”

Kevin Comer was in the graduate program with Kim.  “I worked with Kim on my first academic paper as a doctoral student modeling tax evasion for a conference in Germany ten years ago, Kevin recalls. “He was so incredibly generous with his time and very encouraging with ideas that I discussed with him. I cannot express how much I valued his encouragement, which led to my future academic career as a modeler and a scientist. He was a very giving soul and he will be sorely missed.”

Karen Underwood, department administrator, remembers Kim fondly.  "With my office being two doors down from Dr. Axtell’s, many students would stop by and say hi. Kim was one of those students. He was such a kind man with a very pleasant demeanor who spoke highly of his Mason educational experience. He often volunteered to help with department events. Whenever I think back on Kim, I smile inside and out. He was a very nice man to know."

“Kim was a domain (taxation) expert whose research was so closely tied to his day job at the IRS that it was very clear from the outset that his work would be world-class,” according to Axtell. “He chose to build a model for his dissertation that, while using only public-domain data so as to be completely sharable with the wider research community, leveraged his knowledge of taxpayer behavior and the Federal system of taxation to build a computational environment suitable for studying the effects of distinct interventions on taxpayer compliance. Absolutely novel for work done more than a decade ago, Kim’s model was 'full-scale,' meaning it modeled every taxpayer in a particular region for purposes of assessing not merely mean behavior but the full set of likely responses across all citizens.

“Today we know a lot more about how to build, work with, maintain, and even execute in parallel such large-scale models,” Axtell concluded. “When Kim did his thesis work much less was known. It is a testament to both his tenacity as well as his computational skills, that he was able to get such a sizable model up and running on what by today’s standards was quite modest hardware. Kim will be remembered as one of the world’s experts on the use of agent-based models for studying taxation. Today there is much activity in this broad area, and Kim Bloomquist was the first to both see the potential and then build such models. He was a true pioneer!”

Farewell much too soon to an amazing scholar, a dedicated scientist, and a good friend.