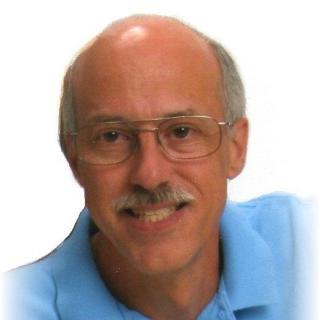 Brian A. Eckenrode is a research analytical chemist with the FBI’s Counterterrorism and Forensic Science Research Unit (CFSRU) and has been in this position for the past 20 years.  Prior to joining the research unit at the FBI’s Laboratory in Quantico Virginia, Brian was the director of research at Viking Instruments Corp. (purchased by Bruker Daltonics in 1999) where he designed and developed fieldable instrumentation for analytical applications in forensics, international chemical weapons treaty verification, and the environment.  He directed the company’s software development team and led the design and implementation of the instrument’s automated fieldable inlet system.  While at Viking Instruments, he also developed a training course for gas chromatography-mass spectrometry (GC-MS) and was involved in training over 300 clients/students in the operation and maintenance of the company’s state-of-the-art commercial field GC-MS.

Prior to joining Viking Instruments, Brian worked as a postdoctoral research assistant at the Oak Ridge National Laboratory in Tennessee.  While at Oak Ridge, he performed research with instrumentation for the determination of trace quantities of organics (explosives) in air, gas phase ion chemistry, and positron ionization using ion trap and ion mobility mass spectrometry.

Brian has been married for 34 years, has two children and one grandchild, and his hobbies include:  running/walking/hiking with his wife, playing basketball, playing guitar (in his church praise band as well as in a rock n’ roll band named ‘The Franklin Project’), and brewing beer with friends from church.

Brian’s research interests are in the development of new analytical instrumentation and methods for bio-detection (proteins, bacterial strains, mtDNA, SNPs), trace organic analyses in the field including GC-MS, chip-based VOC fieldable samplers modeled after canine olfaction, fast-GC, GC-IMS, Raman spectroscopy, solid phase microextraction, and miniaturized analytical system development.  Over the years he has been exploring the use of mass spectrometry for microbial forensics, accurate mass measurements for designer or drug elucidation in toxicology, characterizing human (living/deceased) scent/odor volatiles including collection tools used in the field to support litigation, criminal investigations and intelligence related to canine trailing/victim or missing person recovery, the development of new DNA genotyping methods and for protein analysis in human hair using nano-liquid chromatography MS/MS peptide analysis methods for human identification or mechanistic studies.   Currently, he is leading two major efforts within the FBI’s CFSRU to determine examiner error rates in the forensic pattern disciplines of footwear and handwriting that require statistics for accuracy, reliability, and repeatability.

He was an associate editor for the Field Analytical and Chemical Technologies journal for five years, has close to 80 publications and presentations to date including a book chapter, and he has provided expert testimony for two Kelly-Frye and one Daubert admissibility hearing for major attempted homicide and homicide FBI-assisted cases.  He currently acts as a mentor within the FBI’s CFSRU Visiting Scientist Program and has provided primary research directives for seven Masters and two PhD students while mentoring nearly 60 visiting scientists in forensic chemistry and pattern (footwear and handwriting) disciplines.  The visiting scientists had a wide range of educational background levels from pre-bachelor’s degrees through to the PhD level as well as seasoned veterans working with him while on their sabbaticals.

Brian is also currently serving as an adjunct assistant professor of Preventive Medicine/Biometrics at the Uniformed Services University of the Health Sciences in Bethesda Maryland and as an adjunct professor of Forensic Chemistry at George Mason University (GMU) in Fairfax, Virginia.  Over the last 5 years, while at GMU, he has taught Forensic Chemistry at the MS and BS levels and mentored several students on their research projects in forensics.

Brian has received the Merck Index Award for recognition in chemical research, an Analytical Chemistry Award from Canisius College, and a Merit Level Teaching Award from Michigan State University.