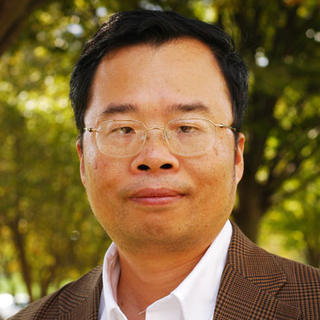 Prof. Liping Di is the professor and founding director of the Center for Spatial Information Science and Systems (CSISS), and also a professor at the Department of Geography and Geoinformation Science, George Mason University, Fairfax, VA. Dr. Di received his Ph.D. degree in remote sensing/GIS (geography) from the University of Nebraska–Lincoln in 1991. He has engaged in geoinformation science research for more than 30 years and published over 550 publications. He has received as the principal investigator (PI) more than $60 million research grants from U.S. federal agencies and international organizations. His research interests are mainly in the following areas: Geo-AI/Machine learning, geospatial bigdata and cyberinfrastructure, geospatial information standards, agro-geoinformatics, web-based geospatial information and knowledge systems, land remote sensing, climate change, and geoinformation applications. Currently Dr. Di is serving as the inaugural president of International Society of Agromatics (ISAM) and the convenor of Working Group 9 of ISO Technical Committee 211 (ISO TC 211). From 2010-2016, Prof. Di was the chair of INCITS/L1, the U.S. national committee responsible for setting U.S. national standards on geographic information and representing the U.S. at ISO TC 211.  He was the elected chair of Data Archive and Distribution Technical Committee of IEEE Geoscience and Remote Sensing Society from 2005-2009. Dr. Di has won many prestigious awards for his academic achievements, such as the R&D100 Award from R&D Magazine in 2008, Secretary Honor Award from U.S. Department of Agriculture in 2011, the Merit Award from InterNational Committee for Information Technology Standards (INCITS) in 2016, and the Lifetime Achievement Award from INCITS in 2022.