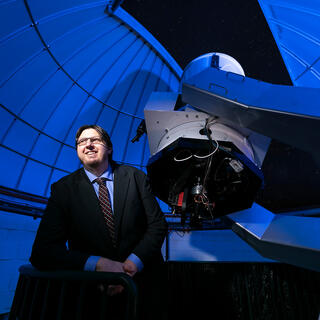 Dr. Plavchan is an observational exoplanet astronomer, with a focus on the formation and demographics of planets around cool dwarfs, utilizing the radial velocity and transit detection methods. He is the PI of a NASA Probe Mission concept called EarthFinder, is a Co-PI of the MINERVA-Australis telescope array, regularly uses the NASA Infrared Telescope Facility iSHELL spectrometer for precise radial velocities, has served as an Executive Committee member of the NASA Exoplanet Program Analysis Group (ExoPAG), and has received multiple NASA Group Honor Achievement Awards. His research is currently supported by NASA, NSF, and the Mt. Cuba Astronomical Foundation, and his work has appeared in numerous local and national publications.