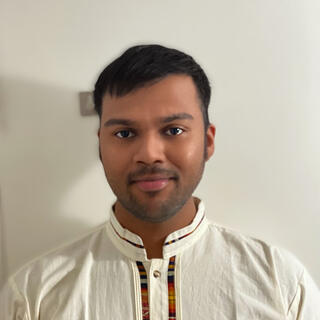 Piash Debnath is an adjunct professor in the Department of Geography and Geoinformation Science at George Mason University and Northern Virginia Community College. His research is on the Environmental scope of degradation in wetlands across South Asia, specifically the mangrove forests of Bangladesh. His focus also delves into the Human Geographic aspect of climate change and its impact on the demographics of large urban areas.

GGS 102 Physical Geography- The spatial study of the natural materials and processes that interact on Earth. In physical geography, Earth is studied from a systems science perspective which emphasizes the interactions between the atmosphere, hydrosphere, lithosphere, and biosphere. In this course, students will become familiar with climate, weather, landforms, earth processes, and ecosystems through an examination of their spatial distributions and patterns.

GGS 103 Human Geography - Overview of major ideas and approaches to studying spatial aspects of human social and behavioral systems. Surveys distribution and movement of human populations, characteristics and distribution of cultural mosaics, patterns of economic interdependence, and study of forces of cooperation and conflict among people from global perspective.