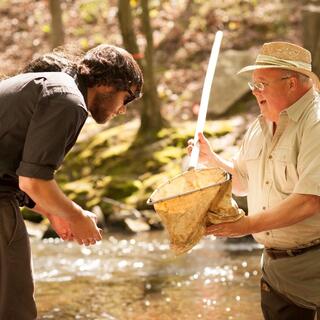 Dr. Richard Groover is a retired college community college professor and dean. Richard is a Fellow of the Virginia Academy of Science. He is currently on the Board of Trustees for the Science Museum of Virginia and serves as the chairperson of the Finance and Operations Committee. He is also the national treasurer of the Association for Environmental Studies and Science. He served on the Governor of Virginia’s Climate Commission from 2014 to 2015. Dr. Groover also currently serves on the George Mason University Provost’s Adjunct Advisory Committee. He lives in Hanover County, VA.

Dr. Groover is completing a two-year grant funded study of coyotes in Hanover County, VA; and he is continuing a five-year study of dragonflies at six National Battlefield Parks near Richmond, VA.