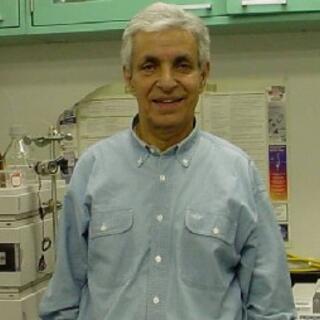 Dr. Khan retired from the Department of Agriculture, Ottawa, Canada in 1997 after working for more than 29 years in areas that address humic substances in the environment; method development for pesticide residues; and fate of pesticides in soil, water, crop and food products. He joined George Mason University (GMU) as an Affiliate Research Professor in the Department of Chemistry in 1999. He received his M.Sc. degree in chemistry from Aligarh Muslim University, India , and his M.Sc. and Ph.D degrees in soil chemistry, both from the University of Alberta, Canada. He is the author/coauthor of more than 180 research papers and three books. Dr. Khan is the editor of two international journals dealing with environmental science and health. He is a Fellow of the Chemical Institute of Canada . He is an honorary professor at the Research Center for Eco-Environmental Sciences, Chinese Academy of Sciences, Beijing, China. He has served as a scientific expert in Malaysia, Brazil, Panama, Ecuador and Turkey in the area of pesticide residues in food and the environment sponsored by the International Atomic Energy Agency, and Food and Agricultural Organization of the United Nations (IAEA/FAO). He has been the coordinator for the NATO Collaborative Linkage Grants at GMU for the research projects with Rabat University, Morocco and more recently with G.K. Skryabin Institute of Biochemistry and Physiology of Microorganisms, Pushchino, Moscow region, Russia. His current research interests are in the development of analytical techniques applicable to residues of pesticides and other organic pollutants in the environmental, biological and food samples; persistence, binding, degradation and metabolic fate of pesticides in soils, sediments, crops and food products; bound pesticide, PAH and PCB residues in soils and sediments; and humic substances and their interaction with pesticides and other organic pollutants.