Through a unique statewide program designed to encourage collaboration among Virginia universities, nine George Mason University faculty members, including three College of Science faculty, were awarded 4-VA funding for research projects spanning colleges throughout Mason. Each of the lead researchers plan to collaborate with at least one of the other 4-VA schools in the commonwealth—James Madison University (JMU), University of Virginia (UVA), Virginia Tech (VT), Old Dominion University, Virginia Commonwealth University (VCU), the College of William and Mary, and Virginia Military Institute.

“The 4-VA@Mason Collaborative Research Grants provide opportunities for our faculty to work in conjunction with colleagues at other schools to advance their study of a particular issue,” said Janette Muir, associate provost for academic initiatives and services and the 4-VA @ Mason Campus Coordinator. “These grants capitalize on the importance of partnerships and help researchers avoid working in silos. What’s more, 4-VA collaborative efforts offer the ability to leverage the strengths of each partner university in order to accomplish more than any individual university could achieve alone.” 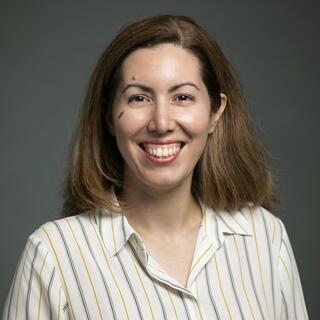 Olga Gkountouna, College of Science, Department of Computational and Data Sciences
Is AI capable of identifying meaningful patterns in the temporal behavior of solvated macromolecules?
(with JMU)

This team will investigate artificial intelligence (AI) methodologies that enhance the analysis of solvated macromolecules time evolution. They plan to implement a convergence system bridging the temporal and spatial evolution of molecules and macromolecules in liquid environments to visible patterns of behavior, aggregation, and networking evidenced by data analysis. The resulting information will be fundamental for finding solutions for drug delivery at the nanoscale, environmental pollution, skin and nerve remediation, among other applications of nanoscience. 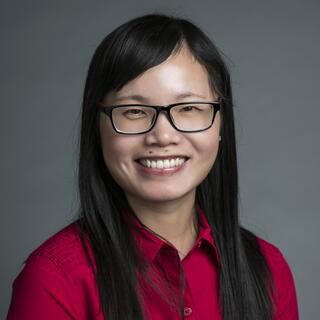 Xiaoyan Tan, College of Science, Department of Chemistry and Biochemistry 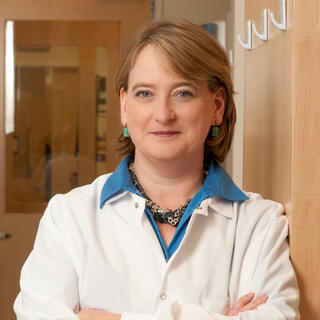 Through years of excessive use or misuse of antibiotics in humans and livestock, bacteria have developed many resistance mechanisms. There is an urgent need to identify new compounds to kill these antibiotic-resistant bacteria. Antimicrobial peptides are small strings of protein that target bacteria by binding to the bacterial membranes, and then kill the bacteria. The objective of this research is to computationally design and then test novel antimicrobial peptides for antibacterial activity against antibiotic-resistant bacteria.

Each of the 4-VA @ Mason Advisory Board members who reviewed and approved the grants noted the breadth and depth of the timely proposals.

“Our board was clearly impressed with the value of the research being put forth,” said Muir.  “Thanks to 4-VA, we’re advancing some important research in a thoughtful and efficient manner.”

Established in 2010 upon the recommendation of the Governor’s Higher Education Commission and the Governor’s Commission on Economic Development and Job Creation, 4-VA grants are offered in four broad areas—collaborative research, course redesign, shared courses and degree completion.