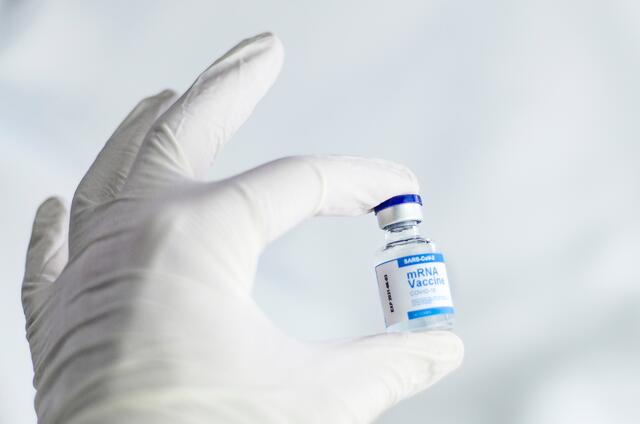 mRNA vaccines have received emergency authorization approval for COVID-19 and are under development for several other infectious diseases. The mRNA-encoded immunogen in these vaccines is delivered inside a lipid nanoparticle (LNP) that comprises four lipids, the most important being the ionizable lipid that is responsible for releasing the mRNA from intracellular endosomes through protonation of amine groups that interact with the endosomal membrane. Clinical studies showed these vaccines are highly efficacious with over 94 percent of patients protected from SARS-CoV-2 infection.

Although the successful development of mRNA LNP vaccines for SARS­CoV-2 constitutes a major breakthrough for a novel medical modality, it has also highlighted several unanswered questions surrounding this platform that require urgent investigation including: 1) What are the critical features of mRNA LNP manufacturing that need to be respected to create potent systems? 2) What is the functional consequence of truncated mRNA transcripts produced by in vitro translation (IVT) or by degradation and how can they be minimized through IVT optimization? 3) What causes degradation of mRNA LNPs during manufacturing and storage and how can this be measured and minimized?

The researchers will perform studies to better understand how mRNA LNPs are assembled and manufactured at different manufacturing scales from laboratory scale to commercial scale. They will also illuminate the presence and importance of the heterogeneity of different transcripts in the mRNA drug substance and how that heterogeneity could impact product performance.

Additionally, they will study the stability of mRNA LNPs during manufacturing and storage to understand the degradation mechanisms causing loss of bioactivity and structural integrity of the mRNA and lipids, how to measure these properties, and how to develop formulations that have extended stability profiles compared to current products.

"This research is important since it will allow mRNA vaccines to be more effective at lower dose, which will reduce side effects and cost. We also intend to improve understanding of their stability, which could produce mRNA vaccines that do not require frozen storage," Buschmann said.

The researchers received $498,998 from the Food and Drug Administration for this project. Funding began in September 2021 and will end in late August 2024.