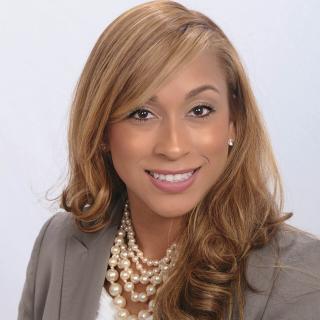 Kelly Knight is an associate professor with the George Mason University Forensic Science Program and a STEM Accelerator. She teaches undergraduate and graduate courses in forensic DNA and forensic chemistry and is also the principal investigator of the forensic DNA laboratory.  As a STEM Accelerator, she guides and mentors undergraduate students in the Forensic Science Program and coordinates K-12 STEM outreach including the Females of Color and those Underrepresented in STEM summer programs for middle and high school girls.

Her career in forensics began in 2005 as a DNA technician for the Bode Technology DNA laboratory. She then worked in the Dawson Cruz forensic biology laboratory as a research associate and laboratory manager while completing her studies at Virginia Commonwealth University. After graduating from VCU, Professor Knight worked for years as a forensic DNA analyst with the Maryland State Police Forensic Sciences Division in the forensic biology technical unit.  As a part of the technical unit, she processed casework, performed research and validation, trained other forensic biologists, and was involved in quality assurance and quality control.

Having qualified as an expert in both forensic serology and forensic DNA analysis, Prof. Knight has testified in several court trials involving crimes such as homicides and sexual assaults.  At some point between testifying in court and leading tours as the laboratory tour coordinator, Prof. Knight discovered her love for teaching.  She realized how passionate she was about sharing the science she loved with others.  This passion inspired her to begin her career as an adjunct professor while still working for the Maryland State Police.

Prof. Knight enjoys staying involved in the forensic science community and has remained active in professional organizations since beginning her education in forensic science. She has served as the biology section chair for the Mid-Atlantic Association of Forensic Scientists twice and was promoted to the rank of Fellow in the American Academy of Forensic Sciences in 2020.

In addition to her experience with forensic casework, she has over 10 years of experience in research which has included areas such as laser microdissection and low copy number DNA methods. She has done several platform and poster presentations regarding her research at both the American Academy of Forensic Sciences (AAFS) and the Mid-Atlantic Association of Forensic Scientists (MAAFS) annual meetings.  In addition, she has attended various biology workshops around the country and has also co-authored several publications.

Katherine G. Johnson Hall will be a beacon for Mason students