The George Mason University Observatory is located on the Fairfax Campus, on the roof of Research Hall 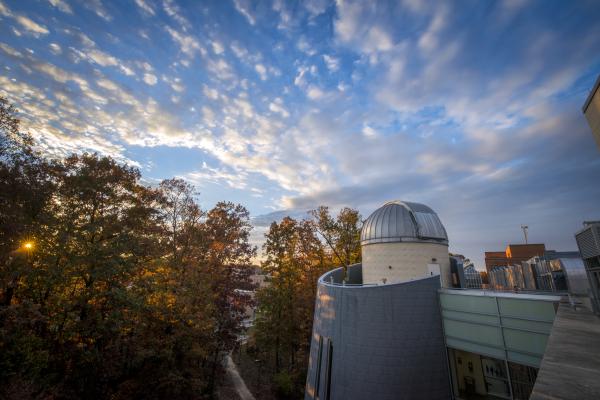 Few people are aware of the fact that George Mason University had two astronomy observatories years ago. The first officially opened 6 October 1975. In fact, work on the first observatory began in 1972. The observatory was called the Herschel Observatory by the Department of Physics, but that name was not official. It was built by students (John Whalan, Chipper Peterson, and Bob Veenstra) under the supervision of Bill Lankford.

Menas Kafatos took over the supervision of the Herschel Observatory when he came to George Mason in the fall of 1975. The location of the Herschel Observatory was the pig shed adjacent to the Mallory House, across Route 123 from the main campus. The pig shed was torn down to make way for the Field House, and a second observatory was built in the athletic fields. Unfortunately, this second observatory suffered vandalism, that ultimately lead to its demise by 1980. It was torn down within two years.

There have been plans for a new observatory for Mason ever since. Original plans were made to have an observatory on the top of Science and Technology I, Science and Technology II, and Academic IV (now known as Innovation Hall). In 1982 Geller circulated a petition that was received by then President Johnson, regarding the building of an observatory for Mason. Over the years, faculty involved in plans to obtain a new observatory have included Lankford, Kafatos, Lieb, Ellsworth, Ehrlich, Becker, Wallin, Geller, and Dworzecka. Administrators that have been advocates for an observatory include Provost Stearns, Vice-Provost Hill, Dean Struppa and Dean Kafatos. Each time financial concerns stopped the building of an observatory.

Now, almost 40 years later, Mason has its Research Hall observatory tower that has an observatory on top of the facility. Like its 1975 counterpart, the new observatory sees a lot of use for public outreach events. As Kafatos said in 1978 in an interview with Jodi Musolino of Mason’s Broadside, the observatory will be “taken advantage of by many members of the community, such as, boy scout and other youth groups.” Mason’s own students should find the observatory an aide in the learning of astronomy.

The Mason Observatory is financially supported by the Department of Physics and Astronomy, and donations from people like you! Donations, in particular, help us to purchase everything from imaging equipment for professional grade research to play-dough for making solar system models with kids in our tours. That is why even a few dollars can make an impact. 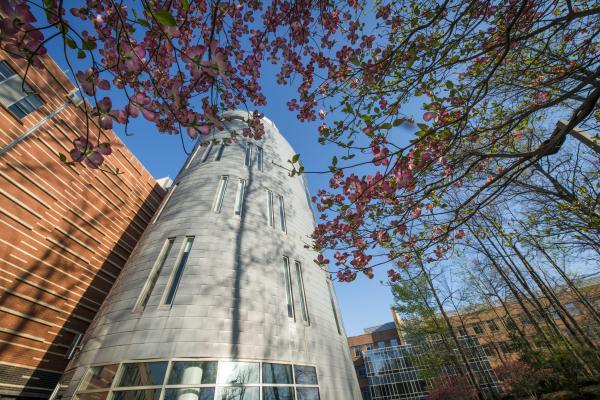 The observatory allows over 1,000 people every year to view the cosmos and learn from experts

Our primary telescope is 32" in diameter, making it the largest on-campus telescope on the East coast!

All images of objects above were captured using our SBIG STX-16803 CCD with the appropriate filters. All images are property of Mason, please contact us for usage permissions.