Stay tuned for announcements for the next annual Earth System Observations and Modeling Graduate Symposium, April 2023. 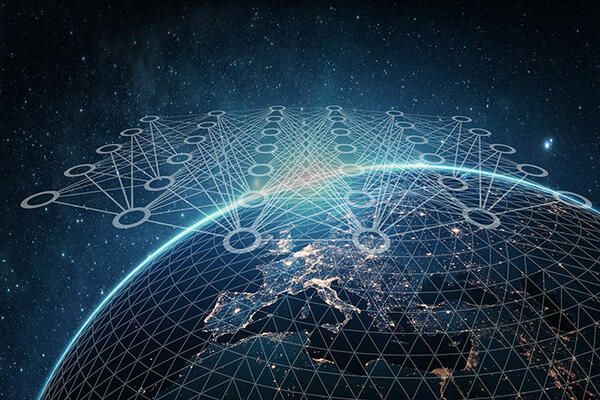 Indian monsoon teleconnections with ENSO in an ensemble of re-forecasts

The El Niño Southern Oscillation (ENSO) has a significant impact on the Indian summer monsoon, with more dry conditions (relative to normal) expected during El Niño and more wet conditions during La Niña. In this study we examine the ENSO-monsoon relationship in an ensemble of re-forecasts produced with the NCEP CFSv2 and compare with the observed relationship. A large sample size allows for higher-order details of the ENSO-monsoon relationship to be quantified with significance. We examine the seasonal mean relationship in such a way that allows for potential nonlinearity and introduce a novel modification of Principal Component Analysis to incorporate asymmetry. Extending the analysis to sub-seasonal timescales, we further diagnose the impact of ENSO on the monsoon active-break cycle. Preliminary results suggest that ENSO does not systematically alter the active-break phases, and the impact over central India is independent.

Urban floods generated by heavy and short-duration rainfall are a major concern due to their potential socioeconomic impacts and threat to life. I will discuss two approaches to support flood resilience in metropolitan areas. (1) In longer-term planning horizon (years to decades) I assess changes in future extreme precipitation due to climate change and present a novel method to incorporate these changes in flood engineering design. This method can support water resources engineers and decision-makers in planning for climate uncertainty. (2) In short-term (hours to days) I explore the predictive capability of flood forecast systems integrating numerical weather prediction to urban scale hydrodynamic models. This research advances urban flood modeling by highlighting key insights on short-range real-time flood predictability that can guide preparedness and response to approaching flood events.

Austin Reed, Nikki Lydeen, and others

Clearing clouds of uncertainty with the help of paleoclimate

The cloud feedback has long been identified as the leading source of uncertainty in the climate forcing-feedback framework, dominating the inter-model spread in how the global-average temperature responds to CO2 doubling, the equilibrium climate sensitivity (ECS). The increase of cloud feedback in the most recent generation of models is also responsible for the higher ECS than the previous generation of models. It is of paramount importance that we reduce the uncertainties associated with the cloud feedback processes. In this talk, I use the Community Earth System Models as an example to show how we can constrain the cloud parameterizations and feedback through simulation of past climate changes. Specifically, the paleoclimate simulations suggest that models with too strong or too weak cloud feedback may fail to simulate realistic ice age and/or hothouse climates in Earth’s past. I also discuss the potential role of the state dependence of the cloud feedback in the application of paleoclimate constraint

Modeling the role of surface heterogeneity in land-atmosphere interactions

Global consequences of uncertainty in heating within the Madden-Julian Oscillation

Reilly Stiles and others

Understanding the behavior of western boundary current systems is crucial for predictions of biogeochemical cycles, fisheries, and basin-scale climate modes over the midlatitude oceans. In this talk, I will address the response of the North Pacific’s Kuroshio Extension (KE) variability to future climate change scenarios. Large-ensemble climate model simulations show that in response to increasing greenhouse gases, the time scale of KE sea surface height (SSH) shifts from interannual scales toward decadal and longer scales. Greenhouse warming leads to a positive KE state that restricts ocean perturbations, enhancing decadal KE modulations relative to short-time scale variations. Our spectral analyses suggest that anthropogenic forcing may alter the future predictability of the KE system.

Randolph A. McBride, George Mason U

The Turnaround from Transgression to Regression of Holocene Barrier Systems in Southeastern Australia: Geomorphology, Geologic framework, and Geochronology

Holocene regressive strandplains that preserve a series of former shorelines are extensive on coasts that were remote from major Pleistocene ice sheets (for example, Australia and Brazil), whereas transgressive barrier islands are typical in glacial forebulge regions (for example, North America and Europe). In strandplains, the regressive phase of strandline development was preceded by a transgressive phase during the final stages of postglacial sea-level rise. This study examines the turnaround from transgression to regression through chronostratigraphic description of three barrier systems in south-eastern Australia: Seven Mile Beach, Bengello Beach and Pedro Beach. The geomorphic and depositional histories are reconstructed using ground-penetrating radar (GPR) and vibracores along transects across the landwardmost ridges, and optically-stimulated luminescence (OSL) and radiocarbon dating (C-14). At the Seven Mile Beach barrier system, extensive washover deposits are preserved that include distinctive, landward-directed, flame-shaped washover fans along the bayside shoreline of the landwardmost ridge. Landward-dipping ground-penetrating radar reflections in radargrams provide evidence of the culmination of the transgressive phase and transition into the regressive phase dominated by progradation, evidenced by the change to seaward-dipping reflections. A similar progradational plain formed at the Bengello Beach barrier system, but transgressive deposits are largely absent at the site investigated, where an eroded headland created limited accommodation space until sand supply was sufficient for progradation. The Pedro Beach barrier system depositional history is more complex. There, a smaller embayment filled rapidly during the mid-Holocene, and transgressive sands were deposited as sea level reached its present level and impounded a wetland. Accommodation space in the embayment was filled by ca 4000 years ago. Overall, results indicate that the Holocene turnaround transition occurred between 8400 and 7000 years ago, and was preserved at the landward margin of these three strandplains. Holocene morphostratigraphy differs among sites primarily as a function of sea level, sediment supply, and antecedent topography.

2 Nov (CLIM), DelSole, How to choose a scientific problem

Things I wish I learned in Graduate School: How to choose a scientific problem

Chaos theory, which is the concept of sensitivity to initial state for numerical weather prediction, is at the root of why the skillful deterministic prediction of weather at the subseasonal-to-seasonal (S2S) timescales using state-of-the-art forecasting models remains extremely challenging. Predictability stemming from atmospheric initial conditions is also substantially reduced beyond approximately two weeks and the ocean generally does not offer added predictability until a trajectory reaches the seasonal timescale. These challenges motivate the use of machine learning methods for S2S prediction. Two approaches for S2S prediction will be highlighted: (1) an unsupervised learning approach and (2) a supervised learning approach. The first study focuses on assessing the representation and predictability of North American weather regimes, which are persistent large-scale atmospheric patterns. The second study focuses on the use of a deep learning model (specifically a U-Net) for bias correction of S2S forecasts of global temperature and precipitation.

Alia Wofford, Briah’ Davis, and others

Feedbacks on the atmosphere induced by soil moisture variability are recognized as an essential component of the Earth system. Coupling between SM and surface heat fluxes, especially the latent heat flux (LE), is the foundation of these feedbacks as it exchanges water and energy between the interface of land and atmosphere. Building upon that, this dissertation aims to understand land-atmosphere interactions by exploring the nonlinearity, multivariable dependency, and regime characteristics in the SM:LE coupling at a global scale. I show that LE is significantly affected by both SM and net radiation not only linearly but also nonlinearly and synergistically. Then, I determine active and inactive regimes in SM:LE sensitivity and confirm spatial patterns of SM:LE dependency during active regimes are consistent among observations and climate models. Nevertheless, the spatial patterns of the existence of local coupling regimes reflecting hydroclimate are diverse. I further find that, under global warming, the locally dominant regime may change, and projected SM variability tends to span more regimes. These changes in the dominant regime are decomposed into contributions from moisture processes and energy processes using a novel framework. Results show moisture processes result in a more moisture-limited world while the energy effect is also significant, but its impact is inconsistent among climate models. The global patterns computed in this research not only shed new light on aspects of land-atmosphere interactions but also raise several follow-up topics worthy of further study.

Oceans have distinctive coastal upwelling zones that can be 4oC cooler than surroundings.  Climate models still struggle to accurately reproduce the zones, which affect the larger climate system by pulling heat out of the atmosphere.  Ultimately the magnitude of this ocean heat gain must be set by a balance with ocean heat loss somewhere else.  Here we examine ocean-only numerical experiments to address the question: Once the heat enters the ocean in the Peruvian Upwelling Zone, where does it go?  To isolate the upwelling effects, we compare simulations with and without upwelling-favorable winds.  Along the way we tour a near-global gyre associated with the coastal wind, an Ekman-layer overturning circulation, and perturbations to northern hemisphere tropical circulation by southern hemisphere wind.