Hear about the latest findings surrounding hot topics in science and medicine that affect our everyday lives and the decisions that we make! Bring your family and friends for a free, casual, interactive science discussion. Learn from the experts and speak with them.

To include everyone, our 2022-23 sessions will be conducted in a hybrid format via in-person and simultaneous Zoom webinar sessions.

Thank you for registering for each session HERE.

Mason welcomes visitors who follow our recommended health and safety practices. Masks are not required for Galileo's Science Cafe, but ample auditorium seating is usually available for our guests who wish to socially distance themselves.

Are you a student who is age 15 or older in high school or is a university undergraduate? Are you interested in doing original STEM research? Check out Mason's  Aspiring Scientists Summer Internship program! 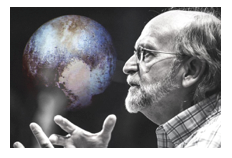 Dr. Summers is a Professor of Physics and Astronomy, College of Science, George Mason University, He is a planetary scientist who studies planetary atmospheres.He also teaches astronomy, astrobiology, planetary science, and atmospheric science/climate science at Mason. Dr. Summers has played a leading role in the NASA New Horizons mission to Pluto and the Kuiper Belt.

Click HERE to watch a recording of this presentation.

Title: The James Webb Space Telescope: What Discoveries Await Us?

Abstract:  The NASA James Webb Space Telescope (JWST) is the largest and most complex space telescope in history. It has now begun scientific observations, having already returned some truly spectacular images of cosmos.  And expectations are high that future observations will revolutionize our understanding of the universe. JWST has several general science priorities. First, it can peer backward in time to observe the first stars and galaxies formed after the Big Bang, and thus help us understand the nature and role of dark matter and dark energy in sculpting galaxy formation as well as the largescale structure of the universe.  Second, JWST will be able to detect Earth-like planets more than 10,000 light years away and give us information on how those planets are distributed in the galaxy. This will provide critical information that will help us understand the processes that lead to the formation of habitable planets. And third, JWST will be able to detect key chemicals in the atmospheres of planets around nearby stars, and thus allow us to determine if Earth-like biology exists on those planets.  But of course, JWST will give surprises as well.  And those surprises could end up being the most important discoveries that allow us to understand more fully the nature of the cosmos. 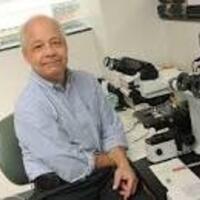 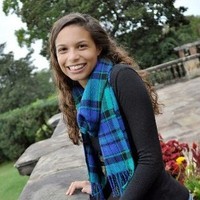 Title: Eavesdropping on the whispers of cancer to find new strategies to treat metastasis

Click HERE to view a recording of this presentation. The passcode for the recording is &Kts2Al@

Abstract:  October is Breast Cancer Awareness Month. Breast cancer is the most commonly diagnosed cancer in women, (1 in 8), and breast cancer death rates are higher than those for any other cancer, besides lung cancer. Breast cancer suffering and death are caused by metastasis, the spread of cancer cells to other organs. Why doesn’t the patient’s own immune system recognize and kill the invading destructive cancer cells? Why do some patients suffer from highly aggressive metastatic spread? Research on metastasis has revealed the malevolent nature of cancer. Cancer wears an invisibility cloak to go unnoticed by the immune system, while quietly sabotaging any defending immune cells. Cancer also whispers to the patient’s body pretending to be a healing wound or a growing embryo. This encourages cooperation to magnify the cancer’s attack. We will present new discoveries that permit us to eavesdrop on the insidious beast tumor propaganda. We will present fresh strategies for opening the invisibility cloak and killing metastasis. 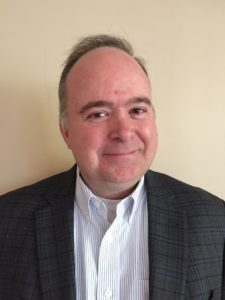 Title: How genomics helps us to save endangered species

Click HERE to view the recording of this presentation and audience questions.

Abstract:   Many endangered species have been rescued from extinction by the establishment of insurance populations outside of their natural habitats such as in zoos, a practice known as ex-situ conservation. Genetic management is a primary goal for sustaining such populations in order to preserve genetic diversity and minimize inbreeding. Data derived from genomes is being increasingly used to understand the history and inform the management of ex-situ populations. In my talk, I will present examples from my group's research program to show how genome data is being applied to gain insights about the genetic diversity and history of several endangered species and how this information enhances their conservation management.

No December session is scheduled during Mason's winter break. 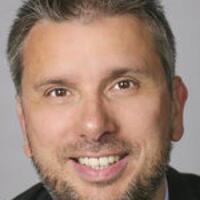 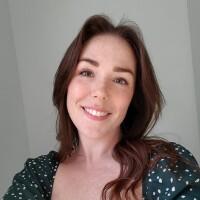 Abstract: Social robots will be life-long companions of humans in the foreseeable future. Ethology suggests that human-animal behaviors provide a plausible solution in building social robots, avoiding the “uncanny valley” phenomenon of humanoid robots. In a series of studies, we investigate the psychoneurobiological mechanisms of human-robot affiliation (HRA) using human-dog relationships as a working framework. In a typical study, participants interact with a dog and/ or Sony's autonomous Artificial Intelligence RoBOt (AIBO) while completing several engagement sessions of structured play and performing trained commands with their companions. In addition to questionnaires to evaluate participants’ beliefs about their companions, pre- and post-session saliva and urine samples are taken from both participants and dogs to determine endogenous oxytocin levels as biomarkers of HRA. Further, both human participants and dogs undergo functional neuroimaging while completing face- and video-watching tasks to reveal the psychoneurobiological signatures behind the formation and the development of HRA. Our overall hypothesis is that the neuropeptide oxytocin is a causal factor in establishing HRA and the human affiliation system serves as the driver of HRA. Our findings will provide objective measures and procedures for a roadmap of future basic and translational HRA research —leading to societal impact and practical implications for related fields and broader social innovations.

Click HERE to view the recording of this presentation.